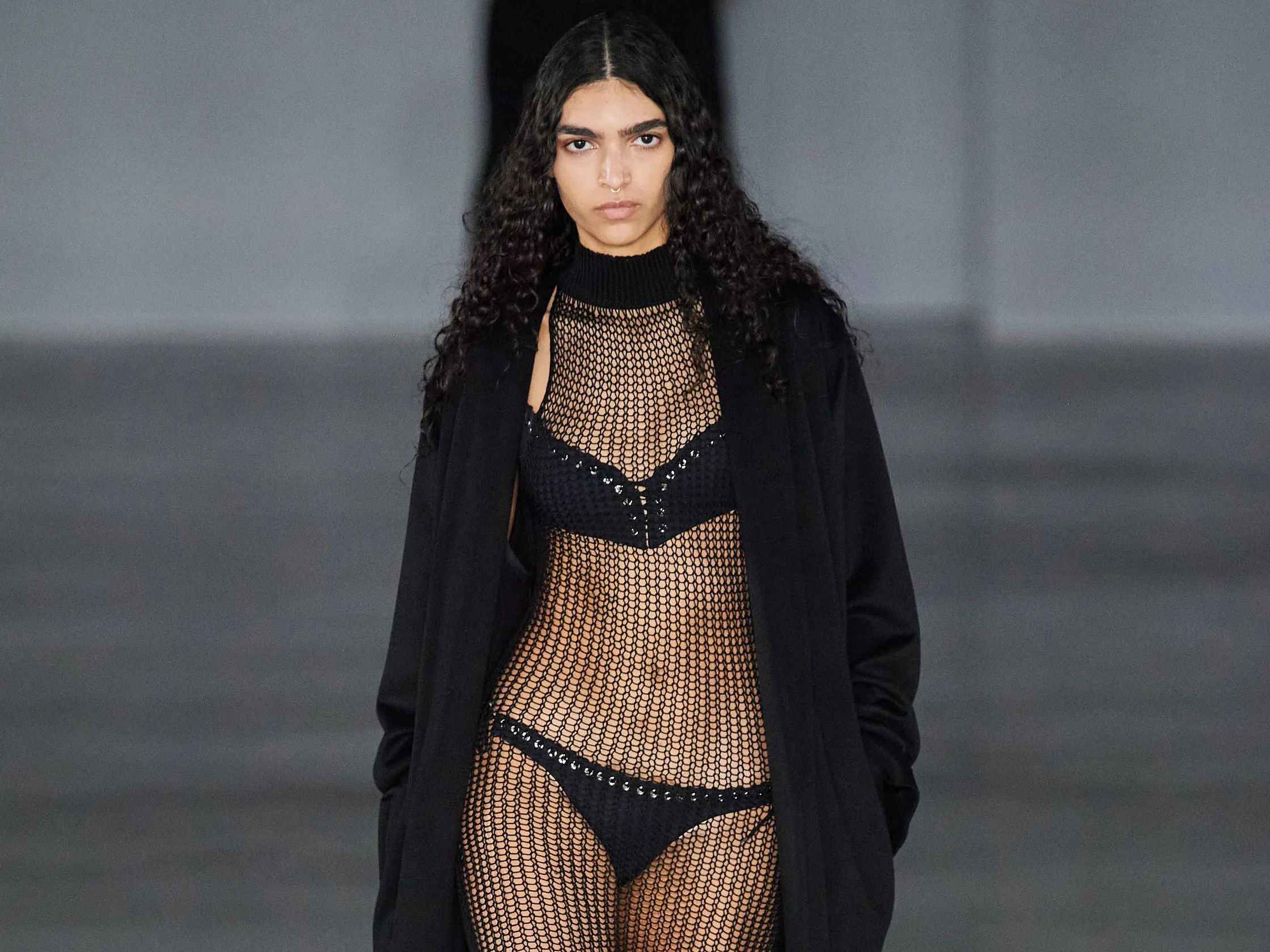 It’s the Year of Lingerie-Inspired Trends: These 5 Risqué Pieces Are Next

Certain moments live eternally within the fashion lexicon, that they continually serve as a reference point to everyone after them. One of those being when Madonna wore the infamous conical Jean Paul Gaultier bra she wore during her Blonde Ambition tour. Needless to say, designers have long adopted intimates as something more than pieces to slip underneath our clothes. Fast forward 30 years after the iconic bra, and lingerie is still as ever a part of ready-to-wear’s DNA (for evidence, a revived Jean Paul Gaultier has recently rereleased the cone bra).Looking at the most recent fall collections—which are also now hitting retailers—sparkly bras, transparent skirts, and corsets litter its offerings. Some might even say risque trends are at a fever pitch. And if the number of see-through dresses on sites like Net-a-Porter and Moda Operandi is any indication, it might be time to add a spicy piece or two to your own closets. From Bottega Veneta to Prada and Versace, keep scrolling to read through the five lingerie-inspired trends dominating the conversation. They’re daring and a bit controversial, but what’s fashion without a bit of fun?Since the 90s slip skirts have remained a faithful staple, but the slightly more risque version cropping up now involves a sheer twist. More like the slip skirts your grandma wore underneath her dress, and less like the sleek column skirts of the 90s, the iteration I’ve noticed features lace panels and a slightly transparent touch. Prada’s leather and silky organza midi skirts perfectly embody the trend, which feels like a crossover between romance and edge. Similar skirts really played up lacey details, with panels of the material around the hemlines and waistbands.Just when you thought corsets would be left in the dust, they’re back for another season. The trend served as the centerpiece for Versace’s fall-winter 2022 collection, with most of the looks including corset tops, bustiers, and form-fitting dresses. And while I’m waiting with bated breath to see what will be unveiled for Mugler’s new fall collection, I’m almost certain more stunning corsetry will be in the mix. This fall, underwear is about as good as any pair of pants or fancy tops in your closet. The agenda now is that it’s meant to be seen, and usually underneath a pretty sheer piece (another trend I’ll get to later), rather than hidden underneath. Bottega Veneta, Ludovic de Saint Sernin, and The Attico are just a few of the names embracing the trend, proving to me that this really has legs. For something like this, the trick is to go for a really pretty matching set that’s worth being showcased. Black bras and briefs are a popular choice, but I’d also make a case for cool colorful pieces like those shown during the Bottega Veneta show.If you haven’t noticed yet, sheerness is a major theme this season. But while it’s been typically used as a second layer over another piece, this time it doesn’t need any supporting characters. Sheer dresses and blouses and even pants ala Peter Do, are constructed as stand-alone pieces, with little more than a bra and briefs (or pasties if you’re so bold) to be paired with it. This certainly falls on the daring side of the spectrum, but if you’re willing to try, it’s a beautiful statement. Continuing where the conical Jean Paul Gaultier bra left off, is the bra top trend that appeared as a big concept at shows like Khaite and LaQuan Smith. Amped up covered in sequin, the piece was styled by both designers with matching sequin pants and draped mini skirts. While you don’t have to sway as dramatic, a bra top alongside tailored trousers is an equally chic pairing. Up next: Fashion Insiders Are All About 90s Minimalism—The Outfits They’re Wearing Now