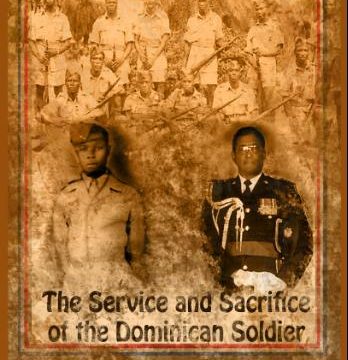 For King & Country (The Service & Sacrifice of the Dominican Soldier)

Seldom written of, and revealed here, is the fact that 7,000 British West Indians served in the RAF during World War II, and the purchase of dozens of aircraft for the RAF by West Indians who raised such funds under harsh economic conditions. This history is given a deeply personal touch as it is told through the words of two Dominican veterans who served in the British Army’s South Caribbean Forces: Wendell Christian and Twistleton Bertrand. We read also of Dominicans such as Harold Bryant, Osmunde St. Clair Alleyne, and L.A. McKoy who won high honors, to include the DFC, for their courage shown over the skies of battle torn Europe. This fascinating book should find a place on the shelf of every student of world history. It also contains 50 rare photographs of British West Indians at war.