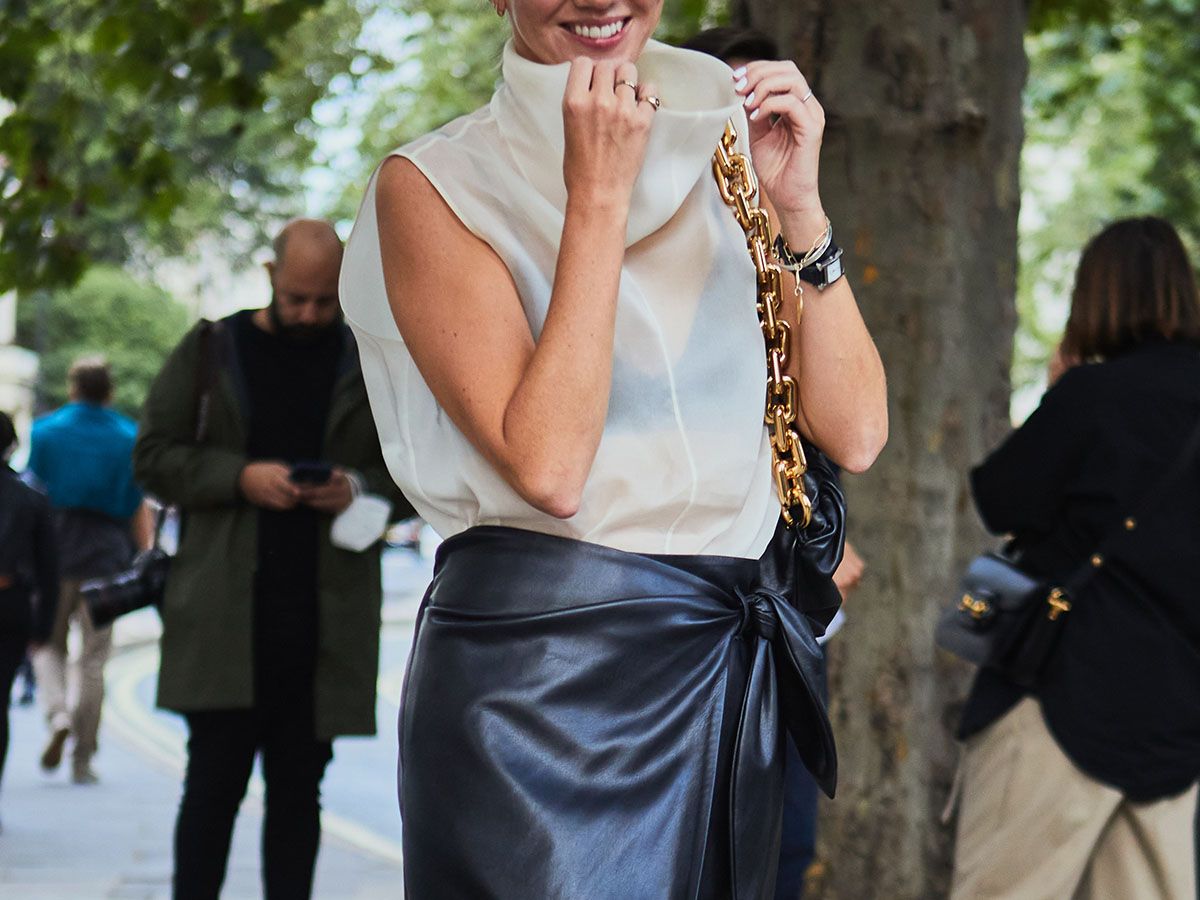 It may be entirely un-British to laugh about anyone else’s style choices (we Brits are far too polite for that), but I will say that as a Brit living in Los Angeles for over 12 years, I’ve picked up on certain American sartorial tendencies that I’ve found rather distinct and funny. I recall being taken aback on my first brunch date in Santa Monica where everyone looked like they had just stepped out of the gym (minus the sweat, of course). This is a far cry from the UK, where you’d never meet friends for lunch in yoga pants or sports gear if you aren’t actually planning to do sports. (Full disclosure: 12 years later, I now look likeI go to the gym too.)While we love expressing our adoration for classic French style here on Who What Wear, it’s the Brits who take more style risks, exude an edgier aesthetic, and are decidedly individual in their style choices. British Vogue’s shopping editor, Joy Montgomery, describes some of the key characteristics of British style: “Eccentricity would have to be at the top of the list. While we marvel at New Yorker’s professional polish or L.A.’s laid-back cool, we Brits possess a certain nerdy quirkiness that manifests in chunky, hand-knitted jumpers, heritage fabrics, and off-beat accessories—we championed ‘ugly’ trends way before they hit the mainstream. Our muses include Alexa Chung, Vivienne Westwood, and Cara Delevingne—all wonderfully weird in their own ways yet also undeniably cool.”So what are the pieces that Americans wear that Brits think are a tad funny? Scroll below for my firsthand fashion observations.The U.S. has a strong college culture and spirit, which endures even decades after they graduate. So its no wonder hoodies and varsity jackets embossed with college logos and sports teams are omnipresent. For a British look, swap your varsity jacket for a check blazer instead.In L.A. in particular, dressing for the gym (think leggings, yoga pants, and tank tops) for any and every activity outside of the gym is very commonplace. Brits favor skinny jeans instead—a must-have staple in any British woman’s wardrobe.I don’t think I ever wore a baseball cap growing up in England, but so many of my American girlfriends don them on the regular. Beanies, newsboy caps, bucket hats, and fedoras are far more prevalent on the other side of the pond.Flip flops are not a shoe Brits tend to wear very often compared to their American friends who live in warmer climates. If we’re not going to the beach, then a chic loafer, brogues, or ankle boots are a preferred shoe of choice.Great for layering and perfect for a weekend in the country.A midi-length tea dress that you can dress up or down is a staple in any British woman’s closet.Brits are really into cardigans year-round.Brits undoubtedly have a pair of tailored trousers hanging in their wardrobes.A pretty vintage-inspired blouse is a stylish Brit-girl favorite.A cable-knit will keep you cozy during British winters.The perfect finishing touch. Don’t step out of the house without an umbrella and a trench coat.Up next, we’re on to the French women. See what American outfit choices make them giggle. This post was published at an earlier date and has since been updated.