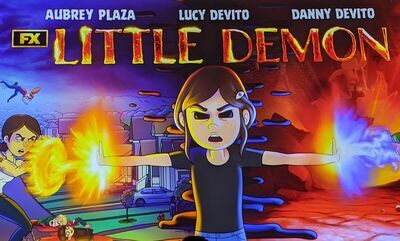 Comic-Con started as a celebration of cartoons, as well as popular arts, including films and science fiction/fantasy literature. Originally called San Diego’s Golden State Comic-Con and later, San Diego’s West Coast Comic Convention, the gathering became San Diego Comic-Con (SDCC) in 1973. In 1995, the non-profit event became Comic-Con International: San Diego (CCI), but no one minds if you call it SDCC. Big budget films have overshadowed the comics although now many of those films are based on comics such as the Marvel Cinematic Universe and Warner Bros. much-troubled foray into the DC Comic universe.  So you can’t really talk about SDCC without talking about comics. As part of pre-SDCC events, the Comic-Con Museum officially inducted Spider-Man into their Hall of Fame on Wednesday. July 19th. The museum’s “Beyond Amazing: Spider-Man – The Exhibition” opened to the public on July 1st and will remain on display through the end of the year. Spider-Man first appeared in the 1962 Amazing Fantasy #15, a creation of Stan Lee and Steve Ditko. Marvel Entertainment, Semmell Exhibitions and the Comic-Con Museum present a world premiere exhibition that looks at his creation and the entire “spider-verse” of related characters with original art, animation materials and film production elements. The exhibit is a long corridor co-curated by comic scholars Benjamin Saunders and Patrick A. Reed, and designed by Berlin-based Collective Studio TK who previously worked with Marvel and Semmel on the touring exhibit: “Marvel;Universe of Super Heroes.” The exhibit has a lot of history and worth visiting when you’re in a contemplative mood or you might even want to make two separate visits to digest all of the information. Spider-Man becomes the fourth character inducted into the Comic-Con Hall of Fame. First was Batman. Second was Pac-Man in 2020. Wonder Woman in 2021.   The Comic-Con International Independent Film Festival 2022 winners included “Animation Outlaws” for Best Documentary. The documentary is about how in 1977 Craig “Spike” Decker and Mike Gribble began the Spike and Mike’s Festival of Animation. The festival began in the expensive real estate area of La Jolla in San Diego, California. If you haven’t been to a Mike and Spike festival, they are collections of short animated films from all over the world, organized to provide about two hours of entertainment. Mike and Spike were living in Riverside, California in a Victorian house that they called Mellow Manor when they came up with this idea. Mike and Spike screened early films from people like Nick Park, Tim Burton, John Lasseter, Andrew Stanton and Will Vinton. They also had a Sick and Twisted version of their festival. Gribble died in 1994, but Spike continues to produce touring theatrical festivals of animated shorts.   In some respects, the documentary made me re-think Spike and Mike. Their lifestyle wasn’t conducive to a stable family-life. The festival filled up a niche in a time before YouTube and TikTok, but they were also showmen with a slightly tawdry feel to their doings.  Other cartoons and animation showed different attitudes toward emerging from the pandemic at SDCC. “Bob’s Burgers” Friday one-hour time slot at the Indigo Ballroom (Hilton San Diego Bayfront) was the screening of “Some Like It Bot, Part 1: Eighth Grade Runner” and “Some Like It Bot, Part 2: Judge-bot Day.” Fans also received pins which were passed out during the screening, but no talent showed up. That was similar to a reception for National Geographic where the main star, Chris Hemsworth, was present only in the video loop for his series, “Limitless with Chris Hemsworth,”  and the postcards advertising his new fitness program app.   The following time slot for “Little Demon” did have a panel. “Little Demon” was part of the FX activation where the trailer screened in front of a shaded rest area and guests who didn’t win a bucket hat at the end of the activation, received a consolation prize of Little Demon hot sauce. If you’ve been waiting for the antichrist, or if you simply are or have a teenager in angst, FXX’s new animated comedy, may be for you. In the first episode, “First Blood,” Chrissy Feinberg (voiced by Lucy DeVito) is preparing for her first day in seventh grade, but things aren’t going well. She isn’t exactly one of the cool kids. She starts her period and also sheds some other blood. While she’s disturbed that she killed some other kids unintentionally with her satanic powers, she’s told, “Don’t let other people’s moral laws make you think what you did was wrong.” The man or rather devil in a man suit, is her father, Satan (Danny DeVito). Thirteen years ago, Chrissy’s mother, Laura (Aubrey Plaza) was impregnated by Satan, making Chrissy the Antichrist.  Satan isn’t disappointed that his offspring isn’t a “Damian” in  Delaware, because, “The future is female” and he tells her, “Together, you and I can create a future without rules.”  But Laura is also a badass who isn’t going to let Satan take over her daughter’s  soul without a fight. The father-daughter team of Danny DeVito and Lucy DeVito as well as Aubrey Plaza and creators Darcy Fowler, Seth Kirschner, Kieran Valla and executive producer Dan Harmon held a Q&A after the screening. The show premieres on August 25th.